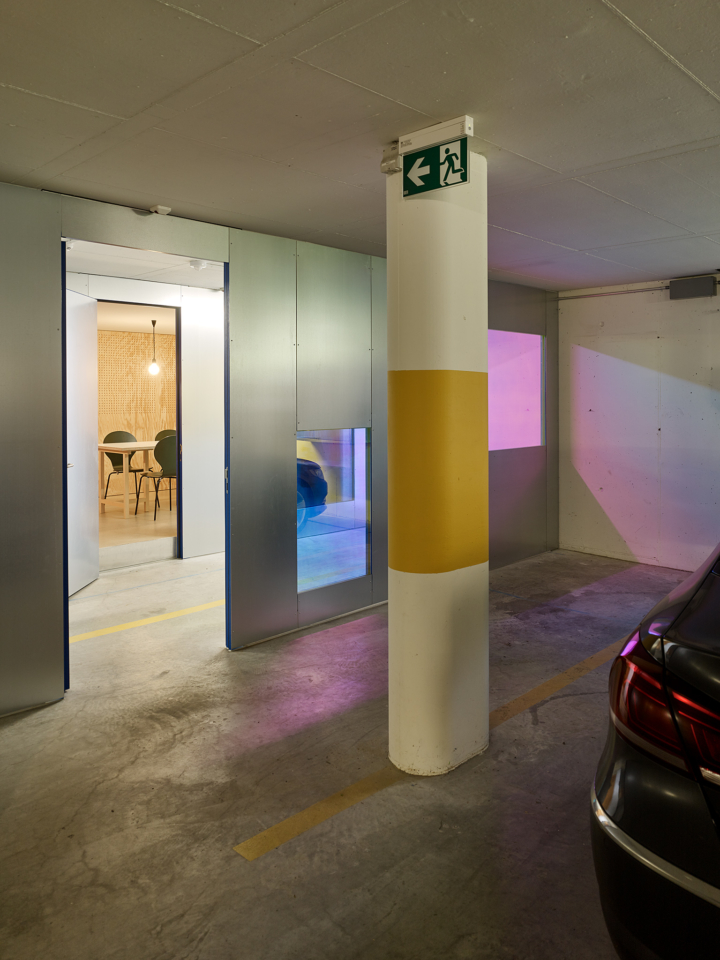 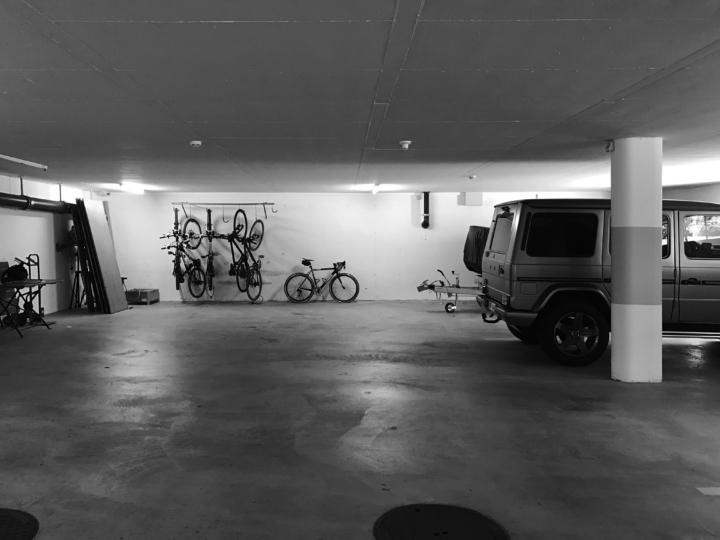 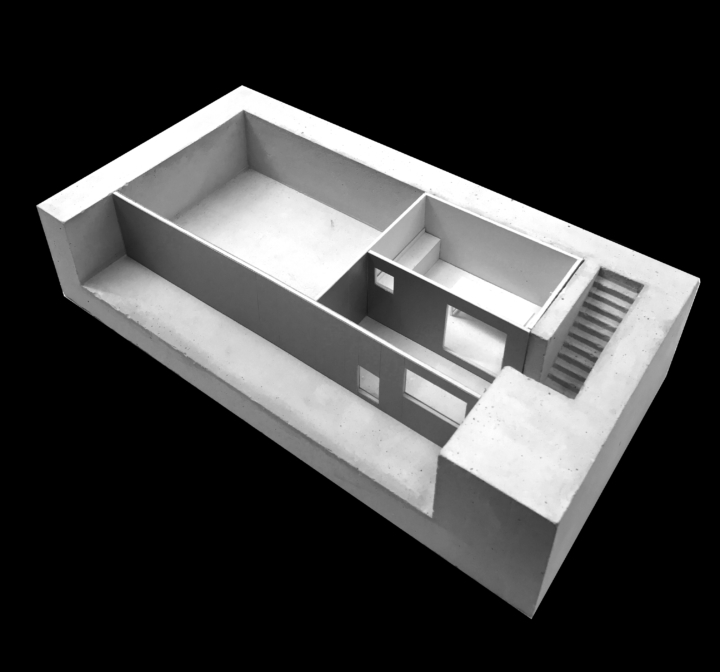 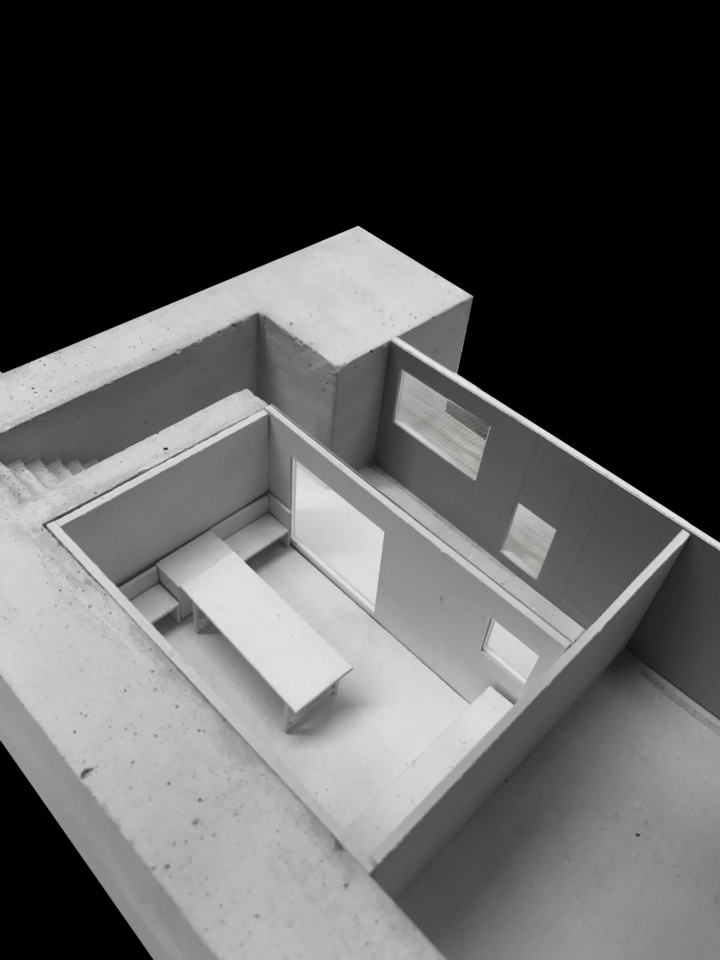 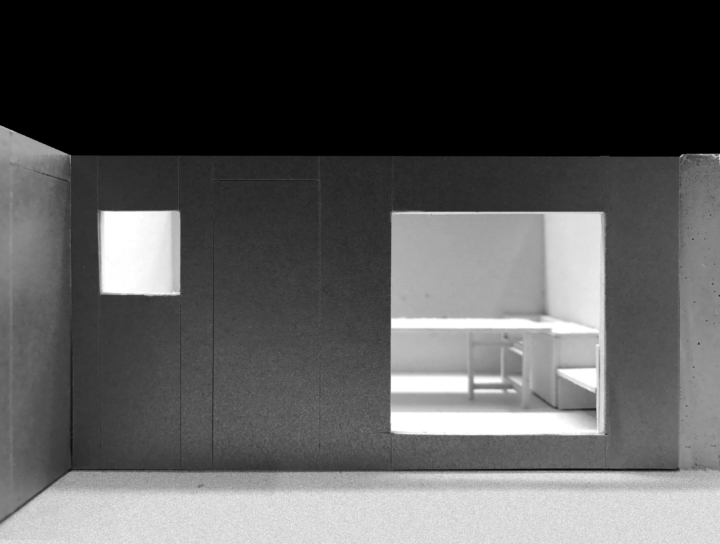 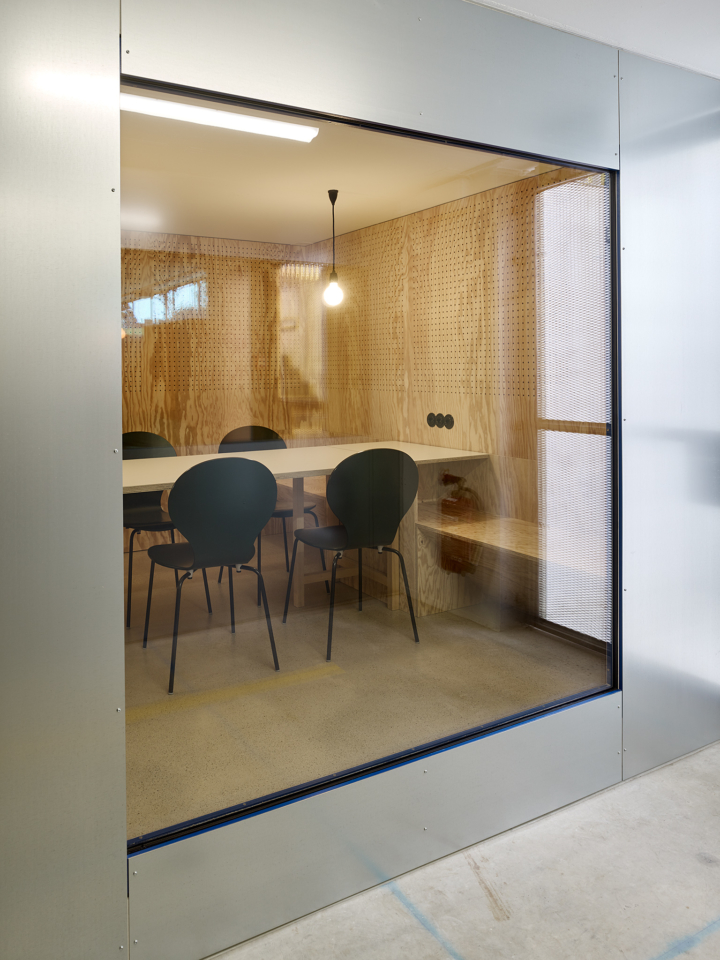 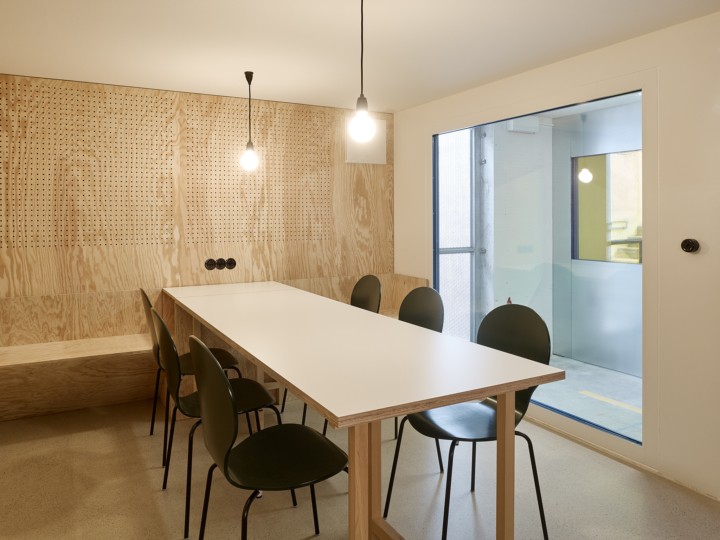 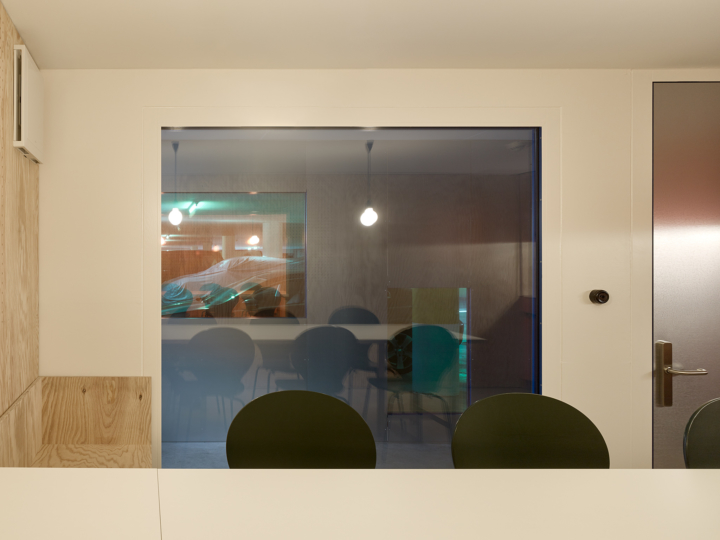 The staff at Apart Hotel did not have a designated place to go during their break. They scattered to unoccupied meeting rooms, changing rooms, outside (as the weather allowed) or the office spaces to eat their lunch. The brief was to provide a small kitchenette and an eating area in the car park level of the hotel, and a large storage space.

The insertion of a completely new programme into the car park was treated just as that, a new insertion. Using lightweight, dry construction techniques, a large steel cabinet-like structure was erected, in the same gesture and material as the typical steel cabinets installed in car parks. Rectilinear openings were cut out to accommodate windows that are foiled with an iridescent dichroic film. The hyper reflective, and simultaneously transparent film allows a distorted, dream like view to the other side. From the car park, the new flush veil of reflective steel sheets and the transparent film creates an ambiguous relationship between the perceiver and the perceived. 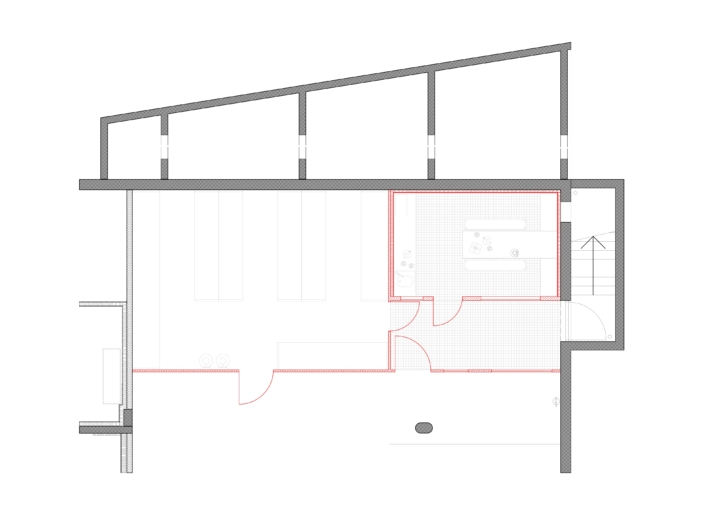 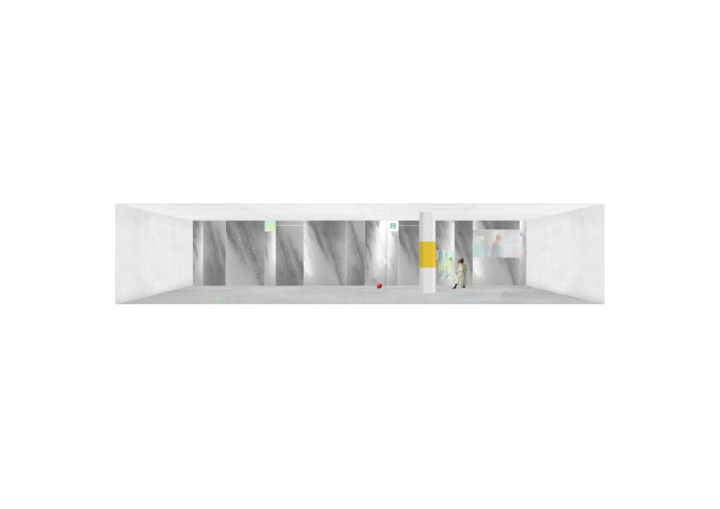 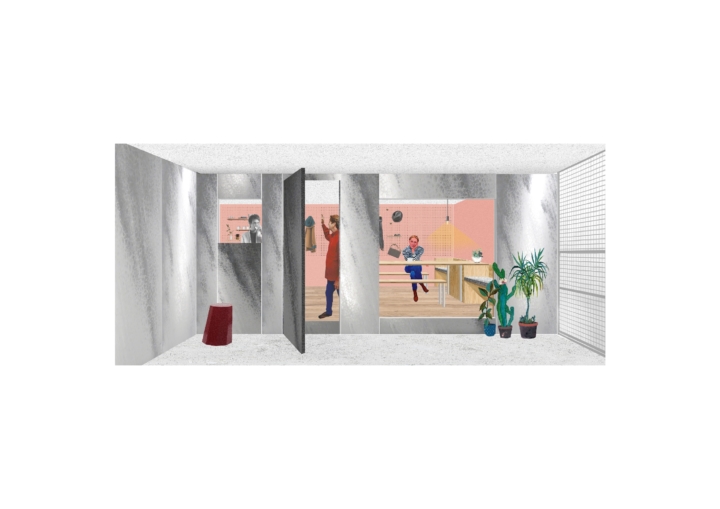 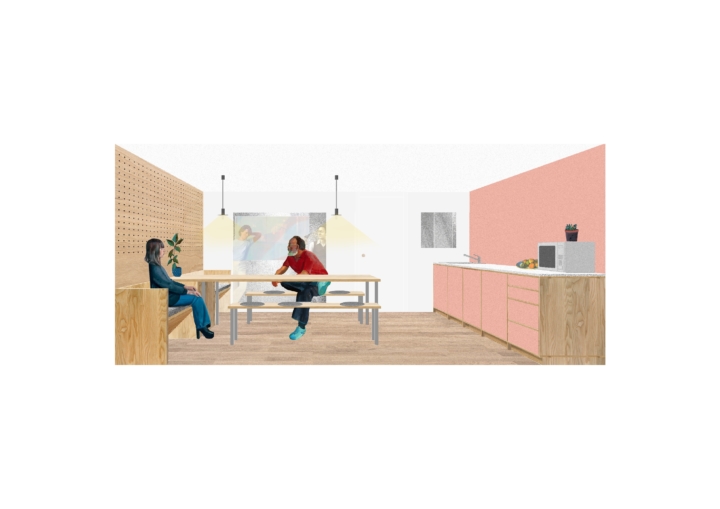 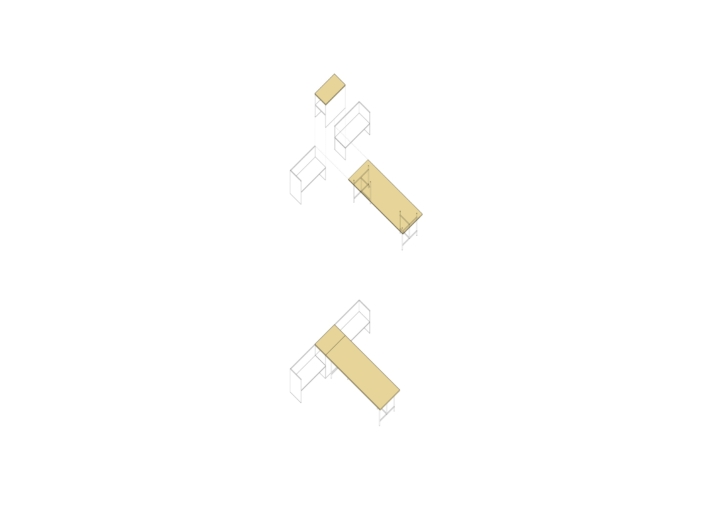