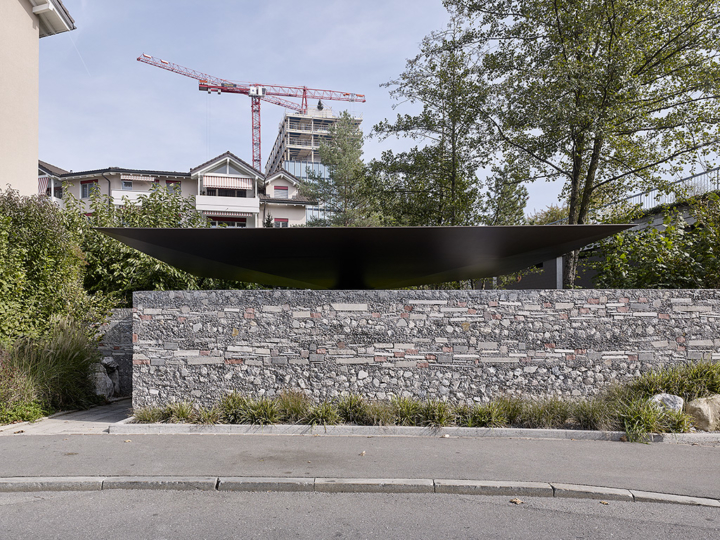 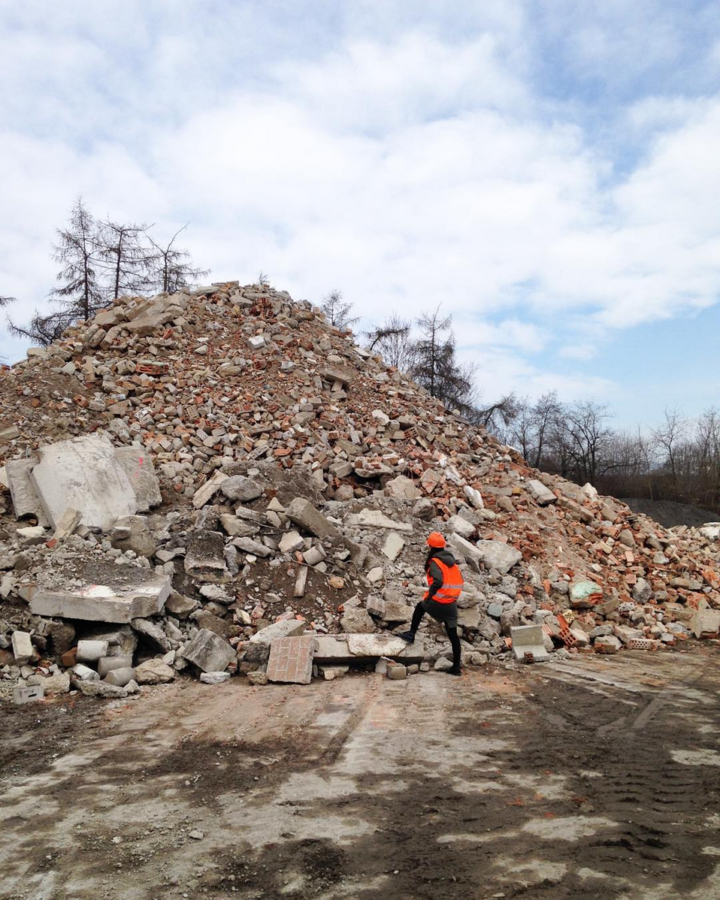 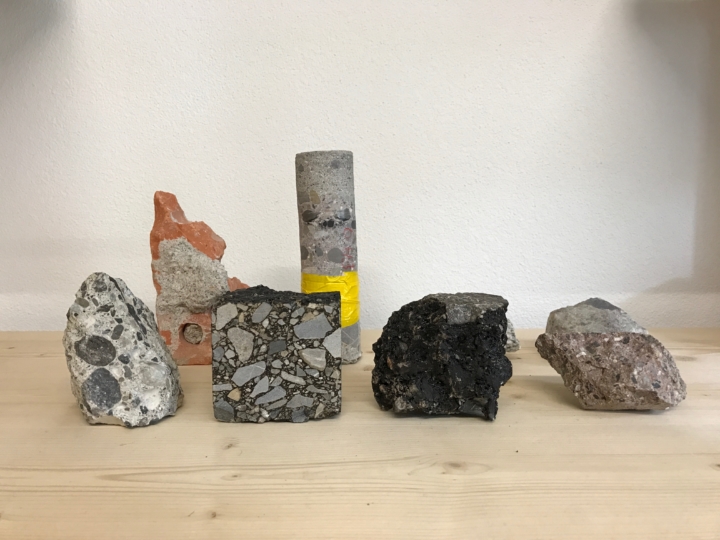 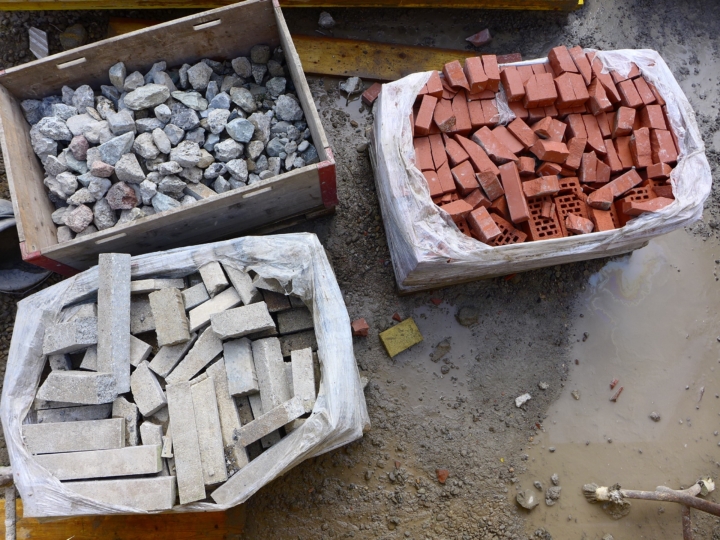 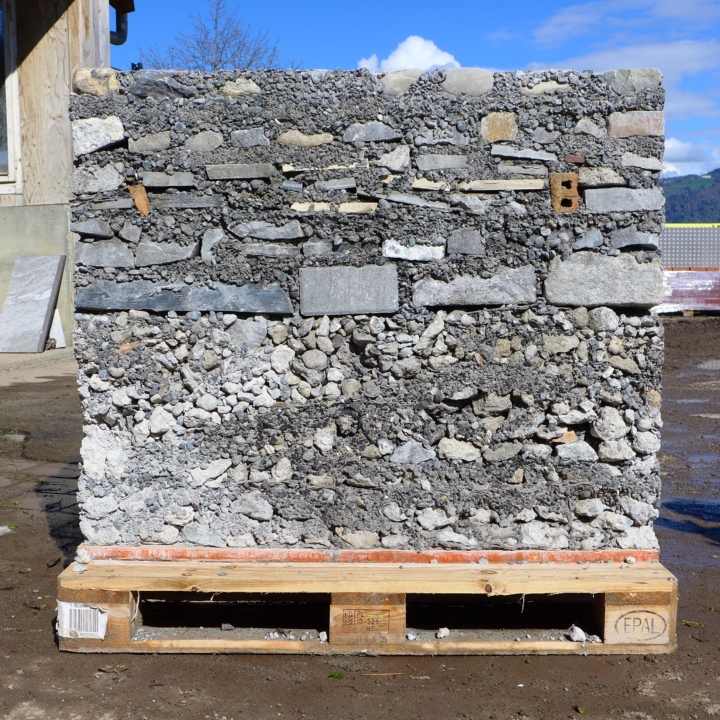 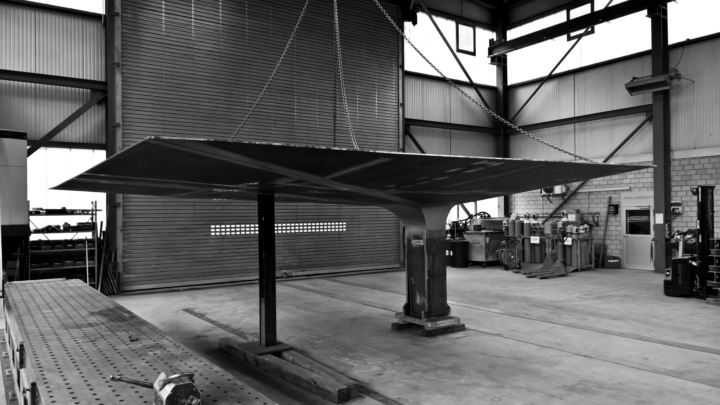 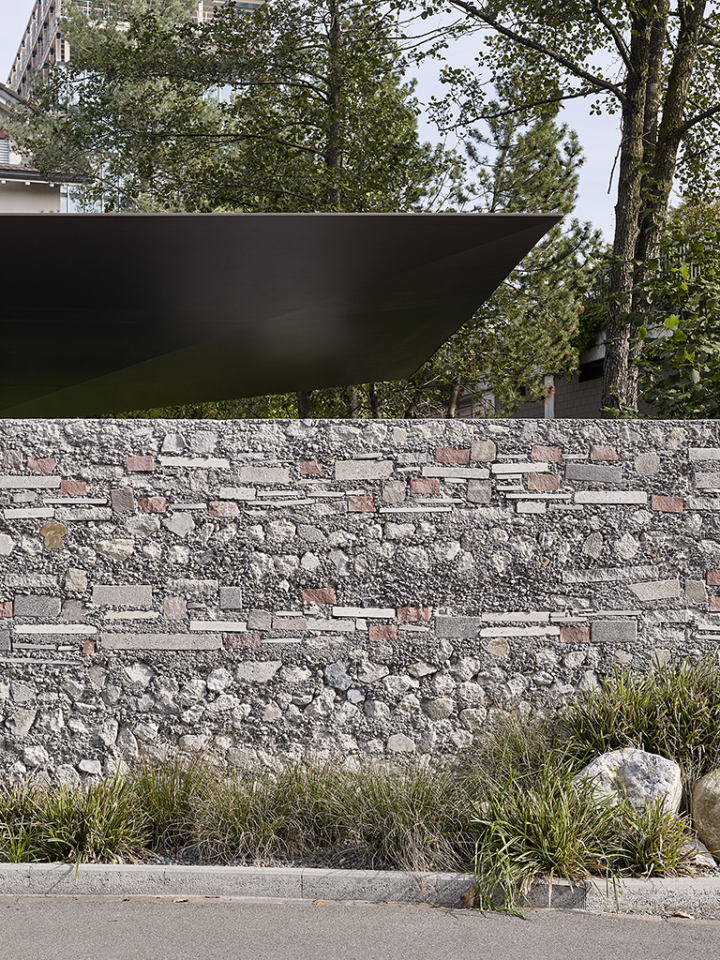 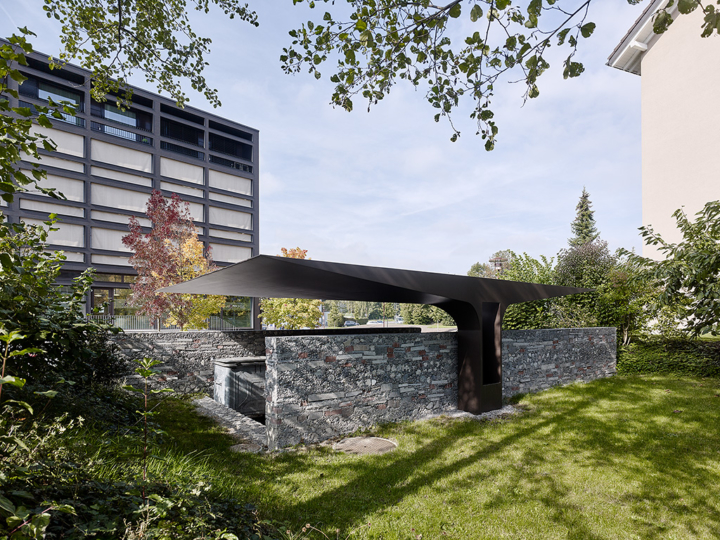 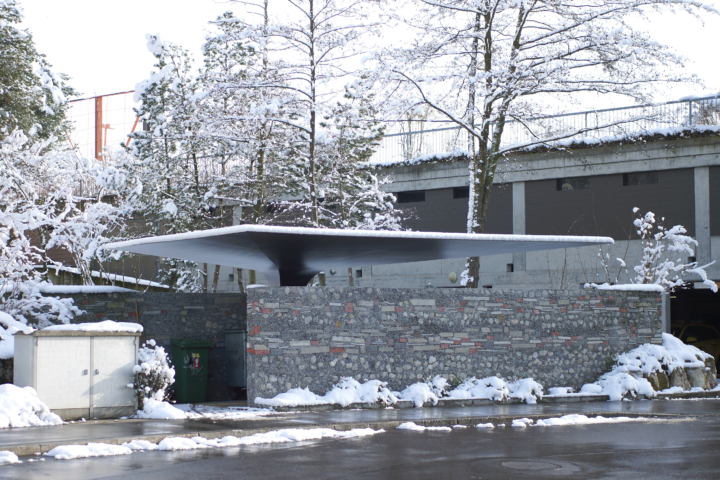 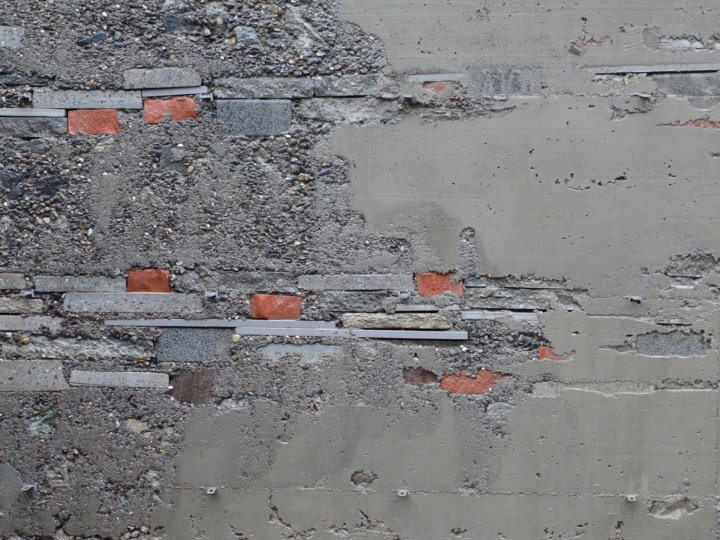 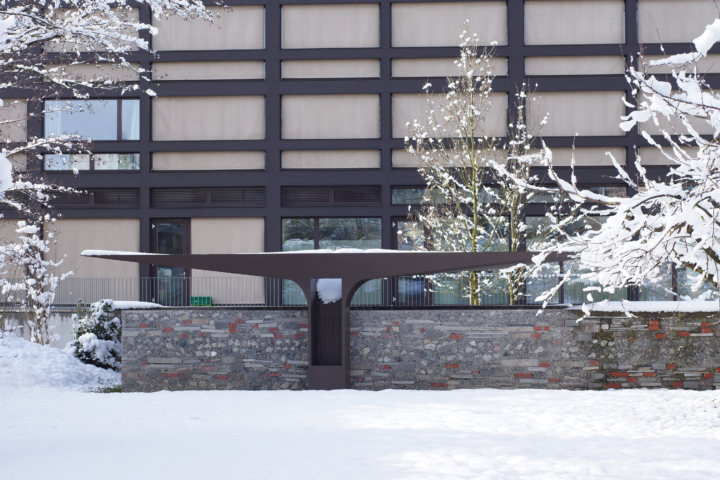 This is a shelter for communal trash containers used by the residents of nearby housing blocks and a business hotel across the road. The client wished to conceal the existing rubbish depot from public view, as it is located at a prominent corner outside the train station. Rotkreuz is a rapidly urbanising township in Central Switzerland. One does not necessarily have to visit to know that there is a lot of construction work in progress as numerous cranes dot the skyline visible from afar. Last ten years saw many old buildings demolished to make way for new housing developments to accommodate the growing population. Traces of the town’s centuries of existence endure in the memory of its long-term residents, few black and white photographs, and in the remnants of human built life beneath the Earth’s surface. Anthropocene is the proposed epoch viewed as the period during which human activity has been the dominant influence on the formation of Earth’s geological layer and ecosystems. With construction waste and demolition debris taking up the largest portion of the landfills in Switzerland, what would our geological layer look like for archaeologists thousands of years from now? Furthermore, as buildings come and go, more and more construction debris will pile up and form a stratification in the anthropogenic layer of the earth’s crust. This conjures up a comparative imagery of fossils and artifacts hidden underground, offering us clues to how life once was. For this project, we imagined fragments of human built life embedded within the stratification, hinting at old brick walls, concrete basements, asphalt roads, and other man-made constructions that withstood the test of time.Two parallel walls composed of broken-down building waste attempt to encapsulate built moments of the town’s past and present to be discovered in the distant, abstract future. The materials were harvested from a nearby demolition yard, and a local landscaper donated broken, chipped tiles that were deemed unusable. A large roof supported by a single column hovers above, sheltering the trash containers and walls built of worthless waste. 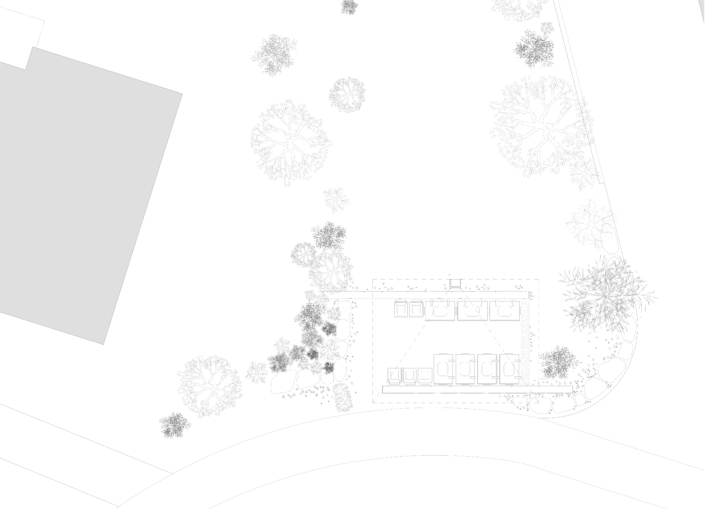 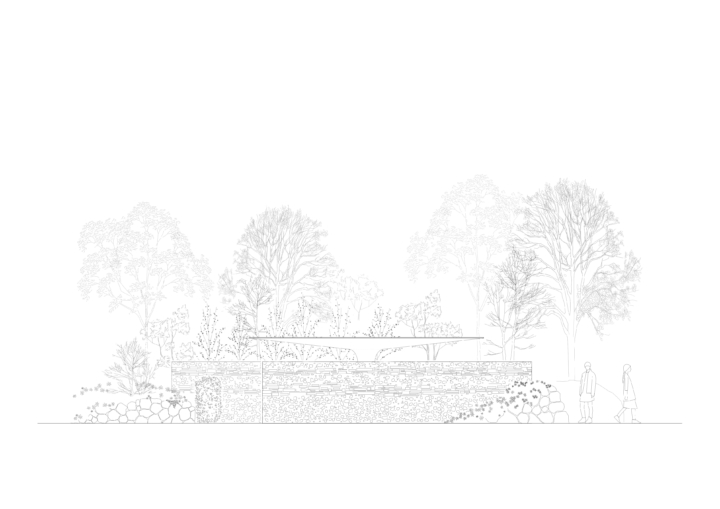 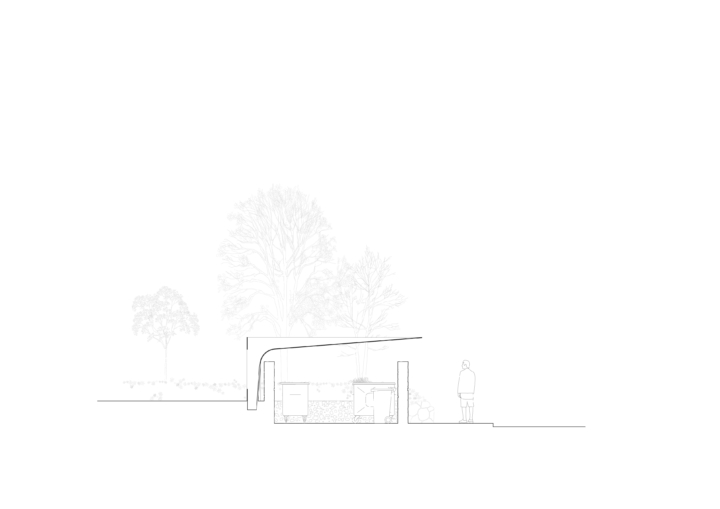 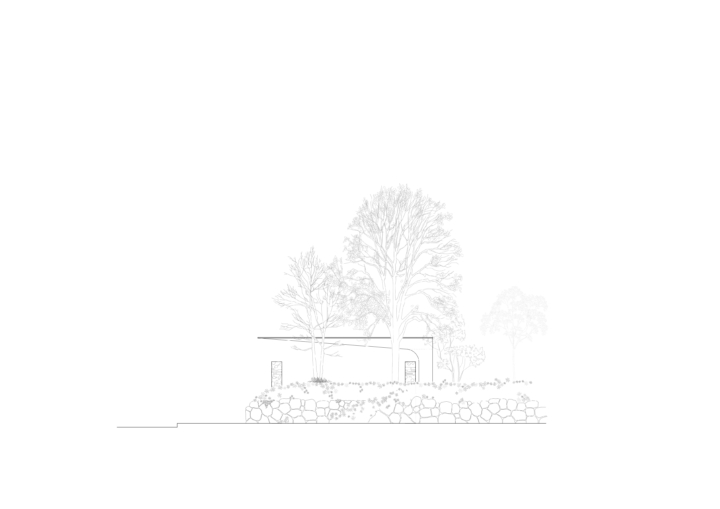